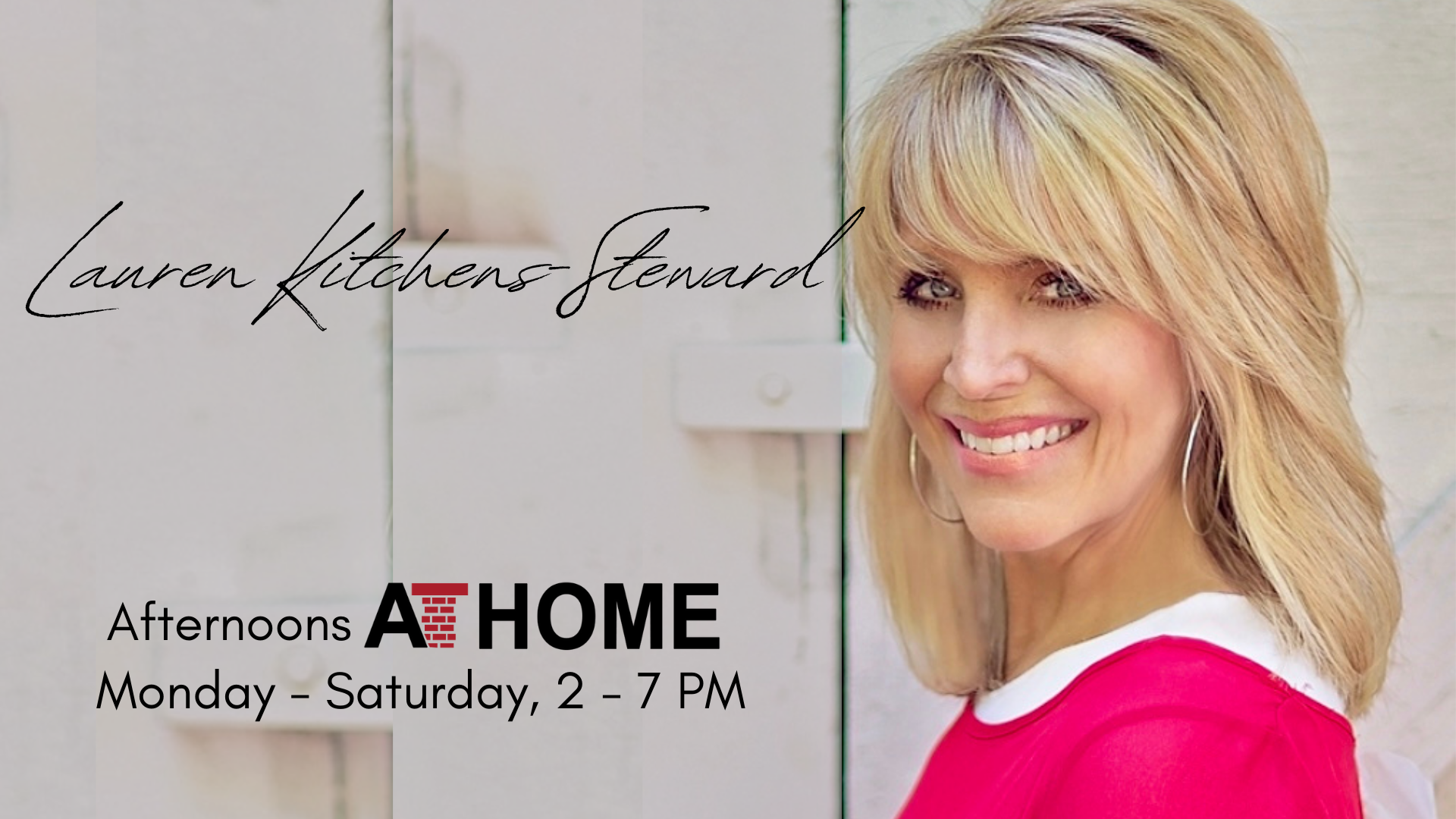 Lauren Kitchens-Steward was proudly born and raised right next door in Tupelo, Mississippi. As a self-proclaimed sensitive spirit that puts the extra in extravert, with 10 dogs, and 6 kids…let’s just say she gets it. Having hosted radio and television shows around the nation, she’s overjoyed to be back in her southern roots, but she’s not a “brush everything under the rug” kind of southerner.

Lauren started talking at 6 months old and never stopped. Growing up in a Christian family, she became Saved as a child, but it wasn’t until her sophomore year of college that she experienced her spiritual revolution. After completely accepting God’s will in her life, Lauren now sees herself as a modern Sarah and she’s welcoming it all, At Home, Monday – Saturday from 2:00 – 7:00 p.m.

She attended The University of Mississippi on a music scholarship where she was member of Delta Gamma sorority, concert singers, the connection show choir, top 25 best dressed (Lauren was also a bridesmaid in 28 weddings before “27 Dresses” was even a screenplay,) and was runner up to Miss University twice. Lauren went on to receive two undergraduate degrees in Music & Communications from Oral Roberts University in Tulsa, OK, where she was Homecoming Queen, Dean’s List, worship leader for the student body, and sang for The Richard Roberts Show. Lauren also holds a master’s degree in Radio, TV, & Film from Regent University in Virginia Beach, VA.

She was runner-up and talent winner in Miss Mississippi America, and first runner up to Miss Mississippi USA.  As much as she loves it stateside, Lauren has spent two summers in Europe and one in Canada while on mission trips in college.

Lauren is a college professor, having held positions at Trevecca Nazarene University in Nashville, TN and Azusa Pacific University in Los Angeles, California. Only Jenks has to call her Professor Steward, though!

Lauren serves on the advisory board of New Beginnings Adoption Agency and has had a heart for adoption since she was a little girl. She and her husband, Robin, were childhood friends who reconnected and fell in love later in life. Now they have a beautiful daughter from Nepal named Channing, a feisty son, Knox, from China (who is always losing his Cochlear implant,) and an amazing 3-year-old baby boy they adopted from Dallas named Chambers. They also have three grown children, William, Miller, and Olivia, who bless their hearts to overflowing. Believe it or not, Lauren still wants to adopt at least one more baby to grow up with sweet Chambers. She sees having her family now that she’s older, but still very youthful thank you, as one of God’s greatest gifts. It has also given her such a heart for mature singles still looking for God’s match for them. She’s ready to give you all the dating and life advice you need!

Lauren has a passion for helping people see their extreme value and worth in the Lord and realizes, “If the enemy can’t win your soul, the next thing he will attempt to do is render you ineffective.” She travels nationwide as an inspirational speaker and loves calling Birmingham home. Listen to At Home with Lauren and Jenks, Monday – Saturday from 2:00 – 7:00 p.m.