Inside the Music with Justin Brown

Justin Brown started his radio career at WLJS at Jacksonville State University in 1990. From there, he was hired at K98 in Oxford, AL to do weekends, a Saturday shift (5a-10a) and a Sunday shift (10a-3p). On his first day on the air, his Program Director asked him, “Do you know anything about football?” He said, “Yeah, I watch it and I tried to play 9th grade football and that didn’t work out very well.”. To that, his boss said, “Looks like you are our new “Color Guy”!

At one point, Justin was working six jobs at one time, finishing a shift in Oxford, sleeping on the floor for a couple of hours, getting up and grabbing a “sackful of Krystals”, and hitting the road for a thirty-minute drive to his six hour shift in Talladega until it was midnight, just in time to power off the station and drive and hour back to his college apartment.

Justin’s radio career has taken him to Oxford, Talladega, Gadsden and Birmingham, AL to Amarillo, TX to Rome, GA and back to Birmingham. He has worked in multiple formats; Oldies, Top 40, Adult Contemporary, Country, Classic Rock and CCM (Contemporary Christian Music). Some of his radio highlights are doing a morning show stunt living on top of a car dealership in Texas during 70 mph winds, rain that turned into snow and 17 degree temps. Other memorable moments included being picked up by a military Humvee and taken to work during the Blizzard of ’93, and broadcasting during the April 27th tornadoes.

He made his way to WDJC in July of 2003 where he was paired with Cari Kates and did an afternoon show together for five years. When she left, he continued doing afternoons solo for another five years. When Ronnie Bruce retired from the Midday shift and Music Director duties, Justin took over and has been in that position since 2013.

Justin is married to Sherri and has one daughter, Abigail. 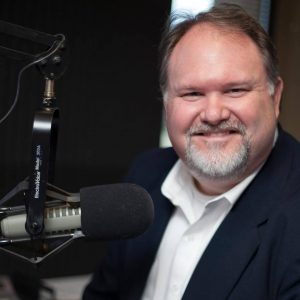 For disabled persons who need assistance with the online Public File please contact amanda@wdjconline.com at 205.879.3324