For Ace McKay, there’s been nothing quite like coming full circle and returning to his radio roots. Although he was born in Tennessee, Ace moved to Birmingham when he was six and lived in Alabama until he graduated from the University of Montevallo with a degree in communications. From Nashville, Tenn., to Tallahassee, Fla., from Ft. Wayne, Ind., to most recently, Grand Rapids, Mich., Ace has been on the airwaves for 26 years, 19 of those in Christian radio. “It’s a little surreal to be back in Birmingham where I began my radio career,” he says. “I wanted to come home at some point so I’m excited to be back and to finally be closer to family.”

From the time he was a child, Ace recalls crouching by the radio and thinking the disc jockey had the best job in the world. “With my degree I could have gone into radio or television, but the pull of radio has always been it for me,” he says. “As other opportunities have come up, I have prayed about it and God has never manifested anything but radio for me. This is the greatest job I’ve ever had.”

Ace enjoys getting to know his listeners. “I love investing in the lives of our listeners and getting out into the community,” he says. “This show is about them and their hearts.” From programming to promotions, Ace gets excited about plugging in at the radio station wherever there is a need.

When he’s not on the air, Ace enjoys spending his free time with his two daughters, Lennon, 16, and McCartney, 13. “If you have to ask where their names came from, then you don’t know music,” he says with a laugh. This self-taught drummer, bass player and songwriter also enjoys giving back in worship through performances at churches across the country and to help expand the Ascension Worship Network. 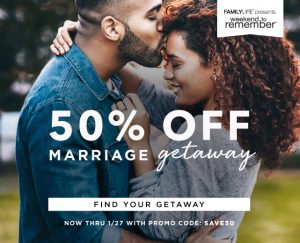